Book at one of the restaurants & enjoy live music over lunch.

As a solo artist Andre is considered to be a passionate entertainer by nature and his ability to adopt and embrace a vast array of styles and genres allow him to comfortably deliver a top class performance in any given setting.

His songs speak of forgotten heroes, men with grit, and woman with bad intent. It’s Country and Blues in its most honest form performed by an artist who’s long paid his dues and tells it like it is.

Ross van den Heever, known as Ross Harding, is a South African musician based in Johannesburg. He is best known as the singer/guitarist and co-founder of the blues rock band Black Harbour. Ross’s musical style can be described as a fusion of blues and rock, with an overtone of grunge and 90’s rock, particularly in his vocal style.

With Black Harbour, Ross has toured much of South Africa, playing in many major festivals, as well as in the nightlife and club circuits extensively. As a solo artist, Ross’s acoustic blues feel is a toned down approach to his blues and rock style He is accompanied by JP Mare on bass, who brings in a smooth bass element and gives the music great depth and fluidity. 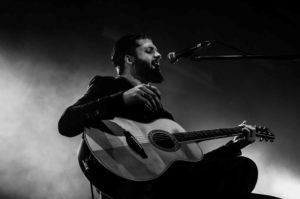